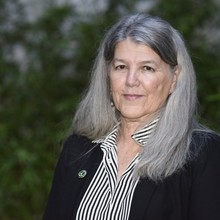 Colleen Rohan is an expert in criminal defence litigation in both domestic and international courts. She has represented members of the military and private clients in complex cases involving charges of genocide, murder, terrorism, war crimes and crimes against humanity. In her domestic practice she specialized in death penalty cases, gang-related cases, international extradition and post-conviction remedies.

Ms. Rohan is also a highly respected appellate specialist and legal writer, well- known for the excellence of her written and oral advocacy, strategic originality and creative legal analysis. She was the editor of the first practice-oriented manual on defending international criminal cases published for an international court (the International Criminal Tribunal for the Former Yugoslavia) and has authored numerous articles in the fields of international criminal law and ethics. She was recently awarded a Presidential Commendation by the National Association of Criminal Defense Lawyers in the United States for the outstanding quality of her legal work in the international courts.